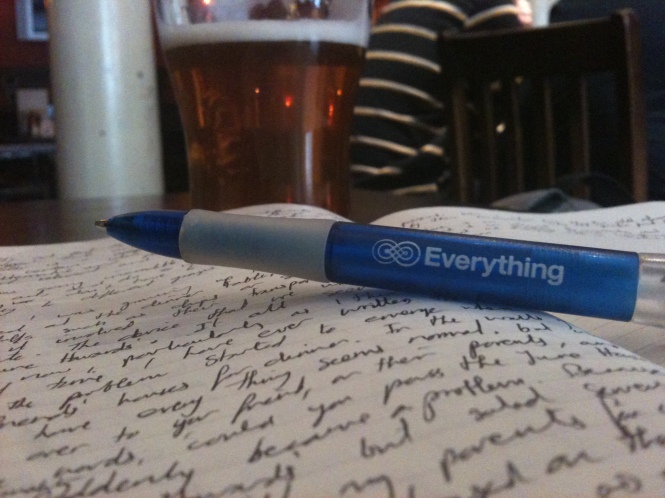 For three months I stopped blogging. To be honest it was a shorter break than had in mind when I stopped. But then I was picked to go to Cambodia with Tearfund, and a blogger who doesn’t blog is a bit of a conundrum. So I’m back and I’m not sure what I’m going to write about.

What I liked best about the break was not feeling the pull to write and respond to whatever the controversy of the day may be. I let provocative statements pass me by, I ignored the posts piling up as everyone who was anyone had their say and cast a verdict that something was good or bad, but rarely nuanced and complex.

I cheated a bit, I wrote plenty during these months, it was less of a writing break and more of a publishing break, and even then I posted a couple of pieces in other places.

And I return without words to fill the pages. I find sadness in my heart where there should be joy. I have stress when I would choose peace. I have tiredness plaguing me while I’m awake, and rest is a weary struggle.

Words that offer too much are empty. Posts that promise perfection or a life gilded with abundance fail to lift me. They stoke the pearls of cynicism grafted together as salt mixes in the wound.

I wrote a lot about relationships, and the readers liked it. The posts got noticed, especially when I addressed the thorny question of why guys don’t ask girls out. But I’m single and the constant flow of communications about relationships when I wasn’t in one cut deeper than I realised. It became a way of inoculating myself against the pain, it became a deflection, a device. It became a meta thing, the way we sometimes do, of distancing ourselves, and distracting from doing something about an issue by talking about it. I talked about relationships and friendships over social media and the hole I felt they left.

And then I went to Northern Ireland last weekend with nothing planned, but filled by connections on social media, I saw friends old and new, I visited places I wouldn’t have considered, and did things I really shouldn’t have. I went for some time on my own, that and having to be there for work on Monday, but when faced with the offer of dinner, entertainment and company I couldn’t turn it down.

I need people more than I know. I play into my introversion, the times I like alone, the space I give to think and process and work out what is going on. But I’d ditch it all for time spent with people who I care for and who care for me.

It was suggested to me that I stopped blogging because I was in a relationship and therefore thought it inappropriate to chronicle it. Were the former true the later would probably also apply, but alas, it is not, nor was, the case.

Yesterday was designated as ‘singles day’ in a certain segment of the American Christian blogosphere. A mum’s blog hosted a link up where singles, or their friends, siblings, even parents, posted pieces describing, with pictures, how wonderful they are and why you should get in touch. It’s sort of a pop-up internet dating site. A friend has written a post for me but it’s not online yet, I’ve got cold feet, I may post it on here. We’ll see.

It’s about vulnerability. That point when you look at your skin and feel it’s about to crack, when you consider your hopes and they are more fragile than a Fabergé egg. I don’t want to post it because I don’t want to know what people think.

And I think perhaps I am as scared of acceptance as rejection. Rejection I am used to, if no one responds then it leaves me with nothing to do, but console myself and hope for something better in the future. A mystical future that is detached from reality.

I’m back on the blogging wagon. We’ll see where it goes. I’m excited for March and sharing stories from Cambodia, and I’ll continue to write about the eclectic mix of subjects I always have. And if you ever want to write a guest post, just get in touch.