I stopped blogging by accident.

In December 2015 I posted a reflection on my Advent away from social media. And that was the last time I posted. I had taken the month away from Facebook and twitter to clear the pathways of my mind, help clarify my thinking, and remove some noise from my life.

In that year I had already dramatically reduced how much I was posting, again not really an intentional practice, the practice of posting had just started to slip. Posts still received over 12,000 views, helped by one piece – written with passion in haste – that generated nearly half those views.

Prior to that, from the summer of 2011 when I stumbled into blogging I would often blog several times a week. But I got weary, and for several reasons when I paused it became harder and harder to get going again.

I stopped for three main reasons, all things I can identify in hindsight far more than they were conscious factors.

First, I had met a girl. I actually met her over a year before but in December 2015 I had awkwardly found my way to asking her out on a date, and then another one. Our third date just after the dawn of 2016 involved arranging dates four and five. It was to be a couple of months more before we decided the labels boyfriend and girlfriend suited and only a couple of months more before we had more or less decided we were going to get married. My proposal when it arrived was not the most unexpected event.

For someone who had written extensively about relationships, or my lack thereof, this placed me in a bit of a flux. Writing had been my way of working through my feelings, and publishing these thoughts had at times spurred me on to act (unsuccessfully). I had learnt that with the exception of a couple of timely political posts it was those about relationships that set my stats alight, that sparked the retweets and shares. This was surely going to be a gold mine of material, I could live blog my way through getting a girlfriend/fiancé/wife.

This was not something to traverse through the lens of blogposts or visitor stats. There were some wonderfully awkward moments as we tried to work out what was going on – chronicled in 32 instalments in a blog series I knew was simply for the cathartic writing and would never see the light of day – and plenty of uncertainty and anxiety as my hopes and fears mixed in the same place.

Once we were a little settled into our relationship I did co-author a dialogue piece about navigating relationships, and we talked about doing a follow-up focused on wedding planning, but that never materialised. While there was plenty I learnt that one day I may share, doing it in the midst of a nascent relationship would have been the foolhardiest move imaginable. That joint article required my now wife’s sign off (and unbeknown to me at the time, also her sister’s).

In December 2015 I was busy trying to get a grip on all of this. I thought it might never happen. I had wrestled with whether I was to be single my whole life and whether I could be content with that, I was bursting with excitement and frozen with trepidation. I needed to clear my head. When I deleted my twitter and facebook apps I was summoning up the courage to ask her out.

Hayley (my wife) and I have been married just over a year. We’ve journeyed through the maelstrom of wedding planning, the weirdness of living all of your life in such close proximity to another person, the bizarre coping mechanisms of two introverts being alone together, the relinquishing of independence that comes when two people who have crafted their own adult lives have to work out that your priorities might not be theirs. We’ve assembled complex furniture bought for a bargain but without fixings or instructions. I’ve taught myself to tile, Hayley’s got to splash her creativity and style on our flat.

Life has changed and I thought perhaps blogging was part of the life I had left behind. A good thing, but given up for a better thing. In the busyness of the past year I’ve not been at a loose end looking for things to do. The hours before work drafting posts, the constant monitoring of stats and engaging in relevant social media conversations, were all dispensed with without loss. 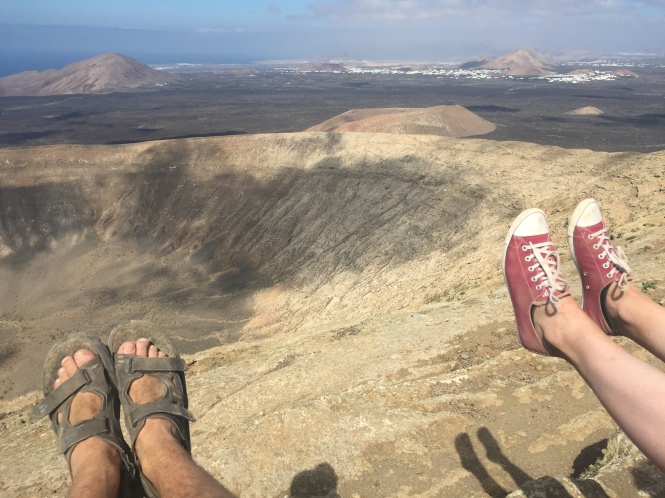 But that wasn’t the only reason I stopped blogging. Because second, I was tired of blogging.

Tired of playing the game. You know, the stats.

The writing things because they get read.

Finding the right way to say the provocative thing. Just enough provocation that it gets applauded, but not too much that it offends.

Having an opinion on the latest social media controversy. If I was writing in that vein today I could post about the ’12 most effective preachers in the English speaking world’ (all American). Or about Trump’s new faith based office, or Beth Moore’s post about misogyny among conservative Evangelicals. I have opinions on all those things, but articulating them into posts was exhausting. The getting up at the crack of dawn when my brain was at its most fecund to hammer out 700 words. (And the fact that I wrote this 6 days ago shows as those controversies have now moved on.)

I tried to ignore the rules of the game. A few times I wrote longer pieces, 25 years on from the fall of the Berlin Wall I wrote a (very) long piece. It took time, I was pleased with it. Barely anyone read it.

The posts about relationships had become hard work. I hadn’t got much else to say, but sometimes I gave into the urge to recycle the same point in response to some event, or outrageous post by another blogger, and it generated the hits. But it cost me. I sometimes reflected on the vulnerability hangover that came with blogging about my personal story.

I remember when I posted my first couple of blogs, the weird sensation walking into church seeing people who had read those words, messaged me about their reaction (on that occasion very positively). Or when I wrote about attending church sometimes more out of duty than faith – going to church the next day was weird. The high point of my awkwardness was being stopped by complete strangers at a large Christian festival and being thanked for what I’d written.

I was tired of the industry. The people who would pull every lever for promotion, use every tool to get heard, respond to the right people, write the right sycophantic words. And the others who would spew outrage at the slightest hint of controversy.

I was tired. The posts that gave me the most joy was when I got to poke a bit of fun. The 27 stages of twitter controversy is still probably my favourite post. (Although my Taylor Swift musical retelling of the 2015 General Election possibly was the peak of time wasting blogging.)

Stopping blogging was not a chore, it felt like a relief. Having the excuse of an unfolding romance to distract me from my keyboard never registered at the time, but it was a blessing in more ways than one. 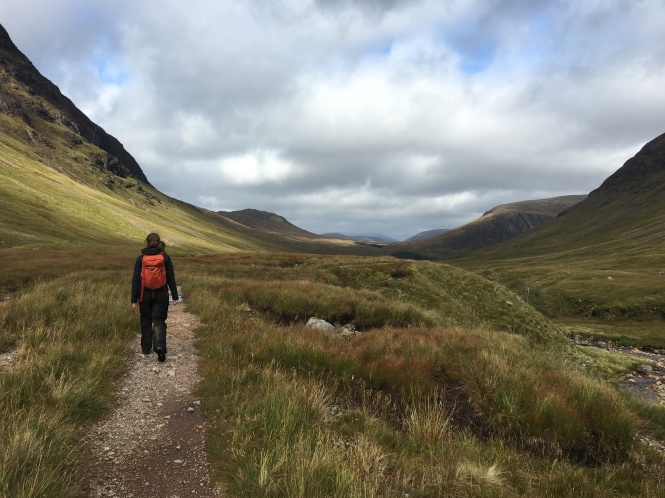 Third, and related to all of that, the internet had got more hostile. This was before Brexit, before Trump, but the internet, and social media in particular, already had an aggressive undercurrent.

My first volley of posts were well received. Many others were too. But others hit a nerve, and I got criticism, some of it fairly aggressive, but nothing compared to what I know others have endured.

While I was tired of writing stuff that wasn’t read, and tired of summoning the energy and courage to write stuff I knew would be, I was also ready for a break. I never knew how much I needed to be away from the hostility of having an opinion, or the neediness of the internet in demanding everyone had one.

(* ‘The internet’, it’s a short hand, and a rubbish one, but I mean the collective sentiment of social media.)

Every now and then over the last couple of years I’ve dipped into controversies on twitter and usually decided to leave before it gets over heated. I’ve watched and not joined in, fearing the energy sapping consequences of offering my 140 (or now 280) character opinion. I’ve written tweets and deleted them without posting.

Latterly I’ve been shocked by what I’ve found whether it’s on anti-Semitism in the Labour Party, the care of Alfie Evans, or women in Evangelicalism. Yes, there are bots, but there are also herds of cats galvanised by those who know their power and the influence they wield. The case of Alfie Evans was utterly tragic, but look at replies to any news story on twitter and it was besieged by accusations of the ‘death squads’ caused by ‘socialized medicine’ (American spelling intended).

The upshot of all of this was that I didn’t miss blogging.

I had opportunities to write other things elsewhere from time to time, but that was usually in a work capacity. And that was another restricting factor. I work for an umbrella body which represents many many evangelical Christians and therefore some care was needed in what I said, even when accompanied by the ‘written in a personal capacity’ rider.

But I’m being tempted back. Christian blogging’s demise has been decreed. But I’m never one to give into trends.

Over the last few months I’ve had a few opportunities to write a bit more, whether about Trump and twitter, or Scottish evangelicals and mosques. And I’ve remembered that I do have opinions, and whether or not people want to read them, from time to time I’ll probably share them.

This won’t be the same blogging as before. I doubt I have much to say on relationships, one day maybe, but a year into marriage and the learning curve is still steep.

Who knows what I’ll write about. Or how often. Maybe Trump’s new faith initiative, I’m currently reading The Faith of Donald J. Trump by David Brody and it’s fascinating. Maybe I’ll look at UK politics and the challenges we’re facing, or the UK church and the discipleship gap that’s growing by the week. Maybe whether Christian blogging has really had its day.

I’m neither going to shy away from controversial topics nor feel a duty to write about them. When I started blogging nearly seven years ago I was determined to write what I wanted to write, it was my space, my words, my choice. And I guess that’s still my mantra.

2 thoughts on “Back to blogging? Or maybe this blog’s last stand.”