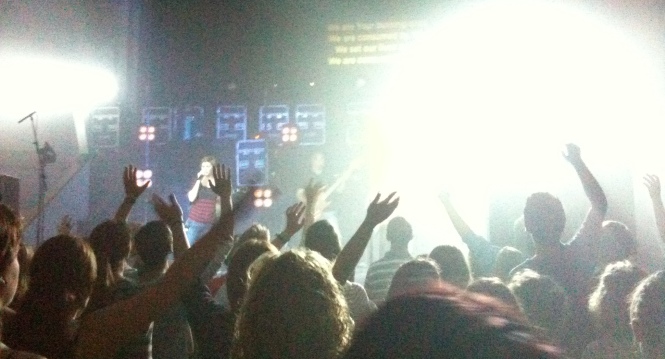 What can the church do about the crisis of young people and the church, and what should it do about it?

There are young people in churches up and down the country, but there are less than there were, and they tend to go to certain churches. So why do they go to some and not others? What do those churches which are growing do right, and what do others do wrong? Or, is it that those churches which are growing are selling an easy faith which may swell the attendance but weaken the body of Christ?

We could get all the young people in the country into a church building on a Sunday morning and miss the point.

The reality is that many young people stop going to church. The Titanic drowned with a fatality rate of 68 per cent. That’s about the same rate of attrition of young people from the church.

A friend introduced me to the difference between something being difficult and it being hard. There are many things which are hard, but not difficult, for example, it is hard for me to ask a girl out, it is hard to admit fault when you’re responsible for something going wrong. These things are not difficult, they’re hard. And maybe church should be like that. Maybe it should be a challenge, something that takes effort, not laden with obstacles and complexities to weave through and overcome but a hard thing to do.

In the West Wing Josh and Toby are in a bar after getting left behind by the campaign motorcade, they talk to a chap worrying over paying for his daughter to go to college – the stock market had taken a tumble that day. “It should be hard. I like that it’s hard. Putting your daughter through college, that’s-that’s a man’s job. A man’s accomplishment. But it should be a little easier.” There is a value to something that is hard that is missing if it doesn’t require effort. (We’ll ignore the gender stereotyping.)

Our approach to getting young people into church has bordered on the, if we try hard enough we’ll get them into church without them ever noticing it’s church, and voilà! we have success.

The gospel is a challenge, the cross is a stumbling block, the life of a disciple is not a promise of an easy way ahead.

Some terms need clarifying, principally, what is meant by young people? Traditionally this would mean those below 18, but it’s now a term without clear boundaries and reflects the onset of adult adolescence across society. This matters because the stage of life that people would previously been at in their early twenties is now rarely the case. Far fewer are settled in a career, married, and starting a family, and this affects their relationship with church. Young people usually refers to those up to 30, and in church context sometimes includes them quite a bit older than that. It also usually applies to single people regardless of age over and above married couples and those with children. Youth becomes a synonym for flexibility and in turn understood as a lack of commitment.

Secondly, are we interested in getting people into a church building and sitting through services, or helping people follow Christ? We’ve done too much of the former and not enough of the later.

We’ve tried to be culturally relevant. And we find that culture changes. We’ve cropped our services of the bizarre and our beliefs of the baffling. We’ve heard the cries and criticism levelled against the church and there’s been calls from within to dance to their tune. If people don’t go to church because of this or that (judgemental, hypocritical and bigoted usually cited as the unholy trinity) then if we change surely they will come.

But Andrew Evans makes a good point, where are the flocks of young people heading to those churches and faith communities which have jettisoned much of Christian teaching to be more like the mores modern society apparently demands?

I do not want to be dismissive of the critiques with which the church is charged. They are serious and often based on very real experiences and observations. The church can be hypocritical, judgemental and bigoted. But I don’t think they’re the full reason many stay away from church.

I think they play a greater role in explaining why people might have stopped going to church, when the picture of Christianity painted by the church manifestly fails. When it is wrong, when authority is abused, when being right is the most important thing. In so many places in so many ways the church falls down in its role as Christ’s bride. It does a disservice to the God it represents.

If the church changes to what it thinks people want it to be then it loses its foundation. It becomes nothing more than a religious themed social club.

Before the church decides to adopt this or ditch that in an effort to attract more people or cling onto those drifting off the edge it has to first know what it is that it wants people to join or remain a part of. Otherwise it is a catch all for whatever works best.

The church is a people transformed by the grace of God and called to serve Him and make him known. The church is to be the agent that helps bring about heaven on earth, to rend open the curtains of darkness and find a way for the light to shine in. We don’t do this by throwing a blanket over the lamp just in case it blinds someone.

We need confidence in who we are, and what we’re called to, and then we can shed the extraneous baggage that is a barrier to people coming to know Jesus. But if we start jettisoning with our focus on people liking the church, or increasing attendance at services, when people reach the curtain to find out what is behind, it could be a bit like the Wizard of Oz, with a faith castrated and a god shrunk to the size we can understand and enjoy.