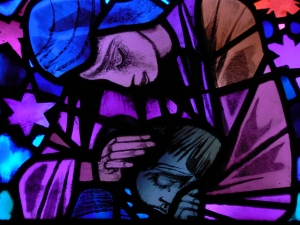 It was one of those days when I all I could find to take down details of a voice mail message was a paper plate.

I suppose today started at 10.30 last night. I got an email. The Times had the story: Steve Chalke supported active monogamous gay relationships, you can read all about it in Christianity Magazine. I knew a day destined to be busy because of the European Court of Human Rights judgement on four religious freedom cases was about to get a whole lot more hectic.

And through the day one thing turned over and over in my head. If we’re to call for civility in society and civility in dealing with situations where Christian beliefs rub up against differing prevailing views in society, then we need to model civility

Civility doesn’t ignore difference, but it seeks a way for us to live together despite our differences.

I work for the Evangelical Alliance (I might as well be honest about my affiliation) and that put us at the centre of today’s storms. When the role of faith in public life is under question, and potential legal coercion, it is a subject of interest – we want to articulate in a calm and reasonable manner what the upshot of these cases is, and also what it might not be. And when a figure with huge profile in the evangelical world makes statements such as Steve Chalke’s today, then it is something requiring a response.

But how to respond? How to speak honestly and thoughtfully on an issue such as homosexuality which carries with it such depth of personal experience and highly charged emotions. This answer is patently not to ignore it and hope it will go away. The answer is to search once again for that balance that lies at the heart of the Christian life: truth and grace.

It sounds trite, it sounds simple, it also sounds like a way to take a swipe at someone while parading Christian credentials. But I cannot think of two things that are needed more, in either of these discussions. But it is still how we should try and respond. In neither case would everyone be pleased, in neither case would everyone think the content or the tone was correct.

Disagreement might not always be nice. And in fact it rarely is. But conflict is also part of life and we cannot ignore it. I’m not going to set out the theological issues in play here, because I am both ill equipped and I think Steve Holmes has provided a strong but careful critique of Steve Chalke’s position. What I am going to float is that having a view about what is or is not the best way for a Christian to live does not stop Christianity, or any particular church from being inclusive.

Because if you take the opposite argument to a logical conclusion it makes it hard if not impossible to promote any values within the life of the church. This is not what Steve Chalke was saying, but the critique of the church for holding a certain view of homosexuality does not hold water if to change it is solely in pursuit of inclusion. The church believes in discipleship towards the likeness of Christ, and that means there are things we should do and others we should not. And it promotes a way of life in accordance to those goals. What this is definitively not is a threshold of moral achievement that allows us to call ourselves Christian or a ticket into heaven.

Instead it is building a community where we live in full acknowledgement of our frequent ability to get things wrong, but also set our sights on something else.

How the church can be more welcoming, more inclusive, is a challenge that cannot be ignored, and it is vital if we are ever going to get close to civility. But it cannot mean that the church just changes its teaching so not to risk alienating those who disagree. It is also where the difficult task of speaking truthfully comes in, being prepared to speak when we disagree, and most of all not forsaking our relationships with one another for the sake of being right.

That’s a tough gig. But it’s one the church has to rise to.

2 thoughts on “It’s been one of those days”