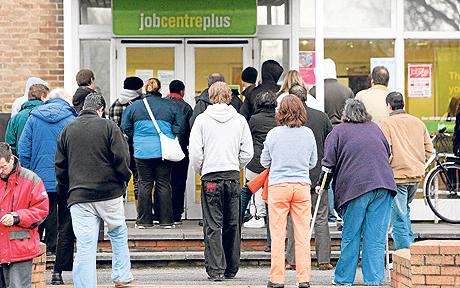 The great welfare debate of February 2014 has failed to ask or answer any substantive questions. I add just one caveat to that strong statement, from the looks of Theos’ report The Future of Welfare I suspect it does address many such questions – however, I have only read the introduction, and unfortunately coverage has not penetrated beyond it being another intervention by Christians on welfare.

It is less of a debate and more of a farce. With many who see poverty taking its toll railing against a government accused of worsening the situation. And those taking decisions thanking the commentators kindly for their advice, but also reminding them that they are the ones taking the necessary hard decisions.

There is an almost axiomatic response that a family in poverty requires government action, and specifically legislation.

I think there is a responsibility on us, as a society, to look after each other. But maybe we need to take a deeper look at the solutions that are frequently called for without a pause to consider if they are the best.

We have not asked what kind of welfare system we want.

The automatic response to more people needing food from foodbanks seems to be: the government should offer more generous benefits so this problem doesn’t occur. I care about as little for that logic as I do for the response that: it’s austerity, these are unavoidable choices. All choices are avoidable, it’s just that some options are unpalatable.

Too much of the furore in recent weeks has been focused on who said what, and whether they have the right to say it. By keeping the debate at this level the real questions do not get asked. It’s all about the bishops who intervened and the politicians who slapped them down.

I believe it is vital for church leaders to speak out on political issues, I believe it is vital for them to give testimony to what they see in their ministry. Churches often have the closest contact to communities, they are trusted and they are present where politicians often are not. I also believe politicians shouldn’t be afraid to respond. I think the bishops and fellow church leaders were unwise to give their letter to the Mirror: it was used as a very blunt political tool. I also think David Cameron’s response to Vincent Nichols, whose interview got this ball rolling, was high handed and failed to engage with the concern expressed.

The dynamics of the debate lead to frustration. Where we want something to happen but we don’t get beyond complaining. And part of the problem is it is very complicated. Take banker’s pay, they are often paid inordinate sums, amounts that make the eyes water. Should their pay be capped? In which case they will pay less tax into the Treasury reducing the amount to spread around. Should they be taxed more? They already are, and there is a point at which higher rates of taxation provide a disincentive to earn more. One can argue this shouldn’t be the case, that they are earning more than enough already so the government taking a higher proportion of their pay shouldn’t worry them. But alas, it does.

This week we heard of HSBC paying their chief executive £9 million, changing the structure of his pay to get around rules restricting bank bonuses. And there was outcry. But the restrictions on bonuses came about to address the incentive toward risky activities which set pay would mitigate against. Now that the pay is set and not made up of bonuses the issue seems more with the amount he is paid not how it is structured.

Wayne Rooney also made headlines for his £300,000 a week pay packet, that’s over £15 million a year. This is far more than most people will earn in their lifetime. The tragedy in this case is that Manchester United don’t pay their cleaners the living wage. Maybe the argument would be posited that unless stars like Rooney are retained the fans won’t come and watch, and then the cleaners wouldn’t have jobs at all. I think Manchester United have more pressing concerns when it comes to keeping their fans happy.

These raise the question of what we want the taxation and benefit system to do. Do we want it to provide essential services for all and a safety net for those in particular difficulty, or do we want it to be a mechanism for equalising the distribution of resources? A completely redistributive welfare system removes the incentive for work and effort – the ultimate manifestation of this train of though is toward a common wage for all regardless of the work carried out or whether any work is carried out (I’m sure I read something about this in a university political philosophy class).

On many occasions those relying on benefits are stigmatised, and opinion polls show gross misunderstanding of the cost of out of work benefits and the level of fraud. Most benefits go to the elderly and far too much goes to those in work. Far too much because work should not leave families dependent on the state, when we have business structures dependent on low incomes propped up by the state while money is made for those at the top: this is injustice.

And yet. And yet I think we ask too much of welfare, and our attachment to it as a vital protection can blind us to its limitations and where it over reaches its efficacy. While many accept something has to change, the welfare state has become an idol we dare not deface. So it remains as it is, unsuited to its task, unable to deliver, and inviolable to change.

The way we as a society, and as a state, look after the poor, the vulnerable and the elderly is a testament to the health of a society. But what says more is the way we help each other beyond immediate care. If helping the Good Samaritan by the road side is only the first step toward countering injustice, campaigning for better street lighting and security is only the second. The ongoing steps of working to remove the danger and the threat that made those first steps necessary is the longer and harder task. In relation to welfare this means strengthening education, promoting work, ensuring there is work to be done and work that is paid sufficiently. And more than the safety net the state can provide it means working to strengthen the bonds of society, the place of family and community, that build resilience and protect against the shocks that will undoubtedly come from time to time.

I wonder whether our use of the Good Samaritan as a parable for good welfare is a poor one. I wonder if it is an easy tale to latch onto to promote a political point. Do we use it as a catch all for helping other people, almost guilt tripping support for something without considering the alternatives? Because sometimes the alternatives are not unpalatable, they are just harder, and we sometimes like to avoid the hard things. It’s easier when the state does it for us.

Has our faith in the goodness of the welfare system turned it into a god that we worship?

3 thoughts on “Are we worshipping welfare?”