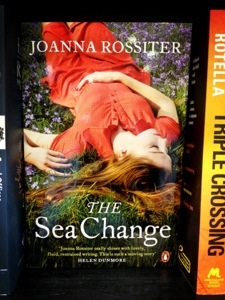 It is a weird feeling buying a book off a shelf and knowing the person behind the book. There was the surge of excitement that a journey has reached this milestone (accompanied with the obligatory tweet). But there was also the apprehension of having to read words that someone has poured every ounce of effort and energy into.

I hesitated as I sat on the park bench and turned the cover and found my way through the opening epigram. Within a few pages I realised I was reading this differently. I was more deliberate, and I was more critical. I wondered why ‘underneath’ was used instead of ‘beneath’, convinced the latter carried better cadence.

I soared through the first half of the book that first evening in a frantic, and slightly pointless, attempt to read the book before its official launch last night. And I wondered, when such vast amounts of time have been spent crafting and working, and editing and refining, the words that make up a book does reading it in three days do it justice? That was all a bit academic because while the first hundred pages were enjoyable and delightful to read, an experience I wanted to cherish, the pace at which I read the rest of the book was not optional. It had grabbed hold of my collar and pulled me beneath the surging wave only to then thrust me headlong across the contours of the page and to the end. I was reading on the escalator, reading walking, reading while the kettle boiled. I would have read it in the shower if that was vaguely feasible.

I finished it last night after joining Joanna Rossiter and many others for the official launch at Daunt Books in Marylebone. Several of the early reviews cited yesterday commented that it was an extraordinary first novel, written with a maturity that one would think only comes from years of experience. And I agree, my pathetic thoughts of replacing words soon vanished as I realised just how good this book was, and how astonished I was anyone I know could write like this. I’m thrilled for Joanna that the book’s been picked for the Richard and Judy book club and hope this helps it get the many readers it deserves.

The Sea Change is set across two generations, in 1971 and in the years leading to and during the Second World War. It tells the story of two women in two different places, it speaks of home, and of loving and losing. One part of the story is based in the village of Imber in Wiltshire requisitioned during the war, while the other in south India in the wake of a tsunami. It speaks of drifting and driftwood, it uses distance and proximity as the currency of relationships. It builds layers of characters on vibrant portraits of landscapes. The characters barely distinguishable from the places they inhabit. Place is not impersonal in the world Joanna Rossiter creates.

By the end I was enraptured by the characters and their stories. I wondered if some, one in fact, was too loosely painted, lacking in depth, but I now wonder if that was to tell its very own story. The incredible depth and detail with which one character is portrayed, and still not all of the story is told. And for another where although the details slip through the cracks, more is perhaps told. At first I found the slightly chaotic and haphazard introduction of characters difficult to manage, names are used scarcely; relationships are at time unclear. Yet as the book develops the relationships begin to arc across the plot lines and across villages and oceans. And the rootedness that is at the heart of so much of the story is at one point suddenly and swiftly suspended.

The book isn’t perfect, there was one particular aspect that annoyed me, and I found myself wanting to know more about all of the characters – the brevity and detachment which I’m sure was intentional was also frustrating. There was so much which was unspoken and remains unknown. Jennie Pollock commented in her review that she struggled with the weight of similes in the book and with that in mind as I began reading I was very aware of each one in the early pages, but actually, once I was engrossed in the stories, the layers of words only helped to drag me deeper into their clutches. And as with perhaps the very best books the ending left me nearly hurling it across the room, but I wouldn’t have had it any other way.

I highly recommend this book and suggest you buy it right away!