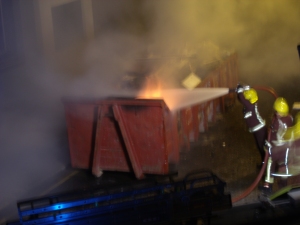 London has become a different place over the past few days. Violence has taken over the streets, the sirens that you become immune to living in the metropolis take on a more sinister tone. As you wait for the bus and 3 riot vans fly through the red lights heading towards the scene of one of last nights trouble spots, there is fear in strangers’ eyes. I know people who live in Brixton and Hackney, my house mate suddenly glad she skipped the cinema last night. This is London, this is my home.

The MP who, somewhat ironically, campaigned against the proliferation of betting shops on Tottenham High Street looks on in dismay as their windows are kicked in. The iconic building housing the carpet shop burnt down on Saturday a symbol of the sheer madness that has taken hold. Not only did it destroy many homes, but the owner, Lord Harris, founded academies in some of the most deprived parts of London. This was senseless violence.

There are grievances, there are reasons, there is rarely such a thing as mindless rage.

The point is, when is this ever the right response? When does a cycle of bullets and bottles and bbm incitement lead anywhere but to more madness. The batons come out, the shields go up, the police coral the crowds, and they have to, just look what they have done. But this provokes more aggression, the police become the enemy.

As I followed the news today, reports of the chaos that had been unleashed and the apprehension about what would come next, the story drifted to the pathology of a riot. Some papers had erroneously suggested that twitter had sparked the mobilisation of disorder. This did not ring true, firstly, most of twitter is public. And although I saw it all unfold on twitter on Saturday and Sunday evening, and photos of burning cars and buildings flooded my stream, this does not mean it was how it started.

Instead, as the post-mortem seemed to confirm it was through Blackberry Messenger that the plans had been orchestrated and broadcast. The disconnect occurred because the media use twitter on their iPhones – and equate this as social media, but the young disaffected looters message constantly in their own private spheres. What struck me was that so much attention was given to how social media played its part. Not so much what was happening, why it happened, and certainly not what could stop it, but how technology played its part.

Maybe crisis leads us to the trivial. Maybe we find comfort in the discussions where we can analyse and dissect, where the answers can fit on index cards and 140 character tweets. And let pass by the far harder dilemma of what could cause such wanton vandalism, and how can we make it stop.

Because we feel as though our hands are empty, and our answers are lacking.

But rage. Rage does not heal wounds. It does not build up. It does not redeem. We can have all the anger and all the rage, and all the deepest desire for retribution and justice but that doesn’t make it better.

Hope. That thing which holds out. The fearless tenacity that tomorrow will be better. The unswerving belief that life is not destined to be like this. That the aches and pains, the scars and suffering are only for a moment. It is hope which spurs us forward, which lets us abandon our baggage, those fears and failures that drag us down.

Hope is said to have two daughters: anger and courage; that force you to see what is wrong and work to make a difference.

We may be angry, as we watch a city drenched in stains, but do we have the courage to fight to make a better world?

One thought on “Rage, riots and redemption”